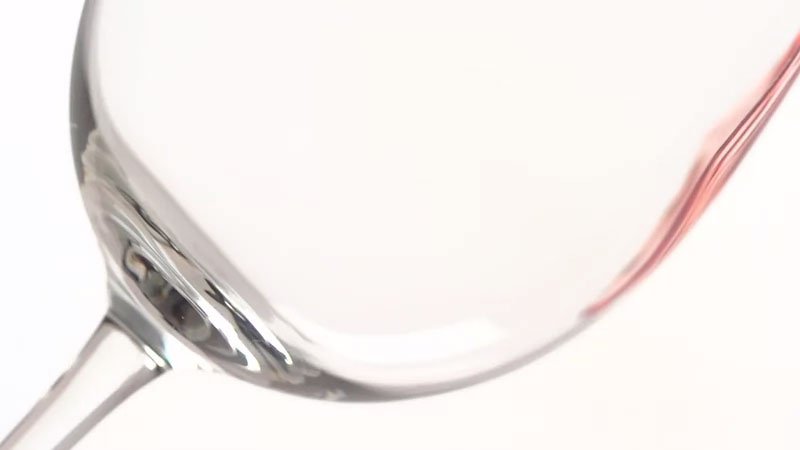 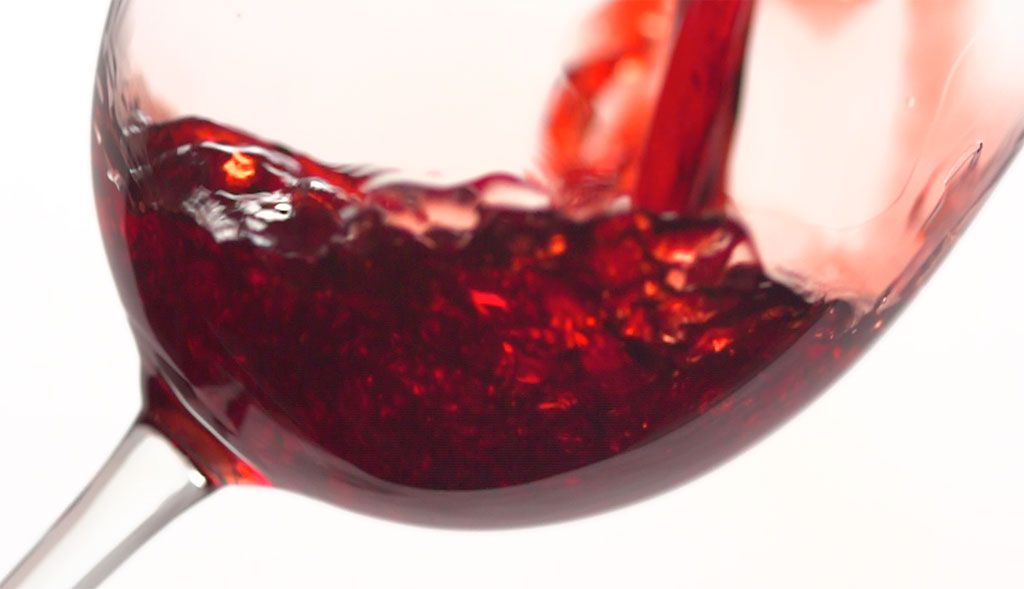 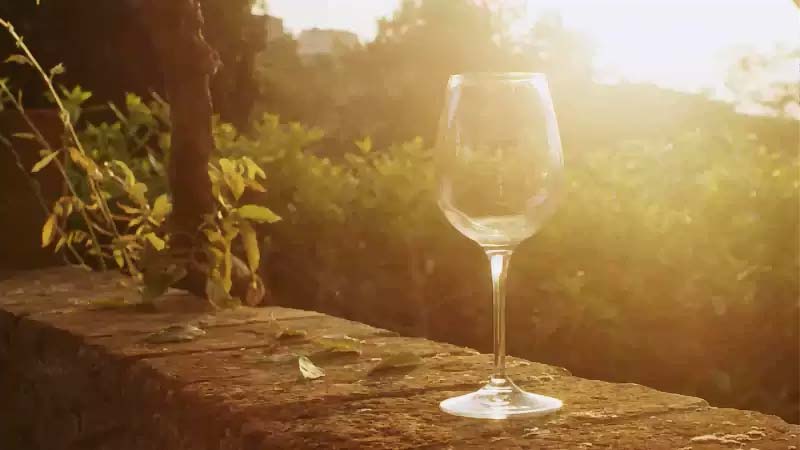 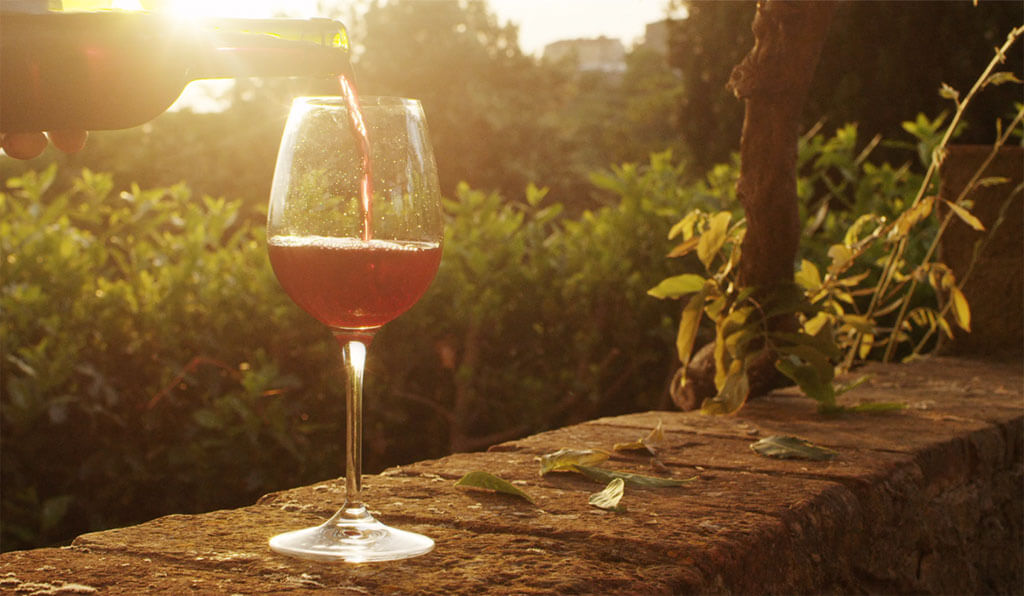 One of North America’s premier names in fine wines & spirits

On December 6, 1933, one day after the 18th Amendment repealed Prohibition, Martin Taub launches a brandy rectifying business with his brothers. This marked the Taub family’s first entry into the wine & spirits industry and the start of a tradition that would be carried on by Martin’s son David and grandson Marc.

Palm Bay Imports (later renamed Palm Bay International) is founded by David S. Taub who, while working alongside his father Martin in the alcohol distribution business, was inspired to pursue his passion for imported wines and help bring them to the glasses of wine lovers in the US. His quest began in Italy’s Trentino region.

The early expansion of Palm Bay’s fine wine portfolio begins with estates such as Rocca delle Macie from Chianti Classico and Bertani from the Veneto.

The Cavit brand from northern Italy hits the 5 million case mark, thanks to years of close collaboration and partnership between the winery, Palm Bay, and a valuable wholesale network.

“Importer of the Year”

Palm Bay is named “Importer of the Year” by Wine Enthusiast Magazine at the annual Wine Star Awards.

Palm Bay Imports officially changes its name to Palm Bay International, laying the groundwork for a portfolio that will eventually include domestic wines. Simultaneously, the current logo is unveiled.

David S. Taub, founder of Palm Bay International, is awarded the Lifetime Achievement Award from Wine Enthusiast Magazine. The publication celebrates David as "a visionary for introducing Italian Pinot Grigio to America…” and “…one of wine and spirits’ most energetic leaders, and a friend as much as a business partner to the many with whom he has interacted.”

Person of the Year

“For his unparalleled leadership, vision and growth through unprecedented times and unexpected challenges, Wine Enthusiast is honored to name Marc D. Taub as the 2021 Wine Star Award winner of Person of the Year.” 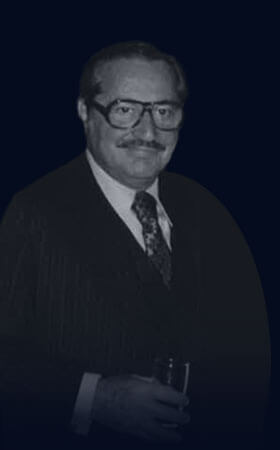 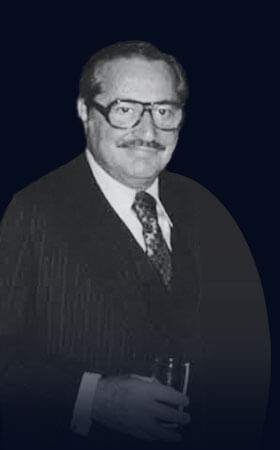 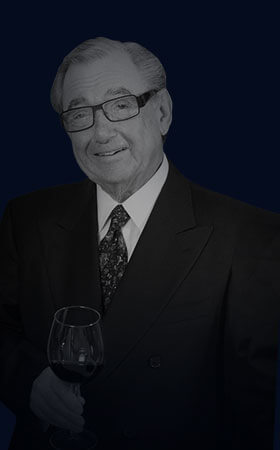 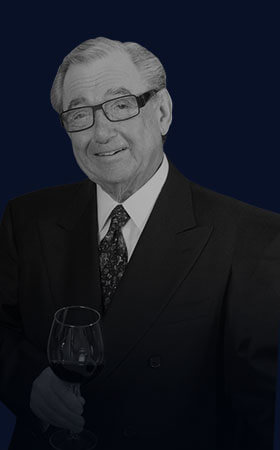 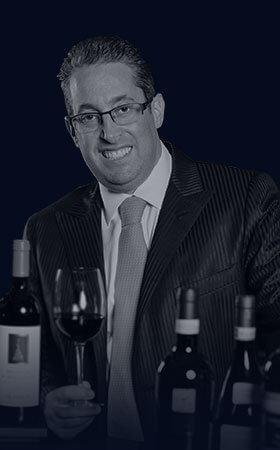 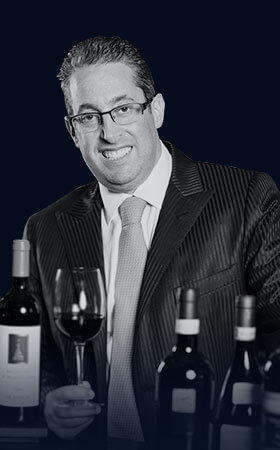 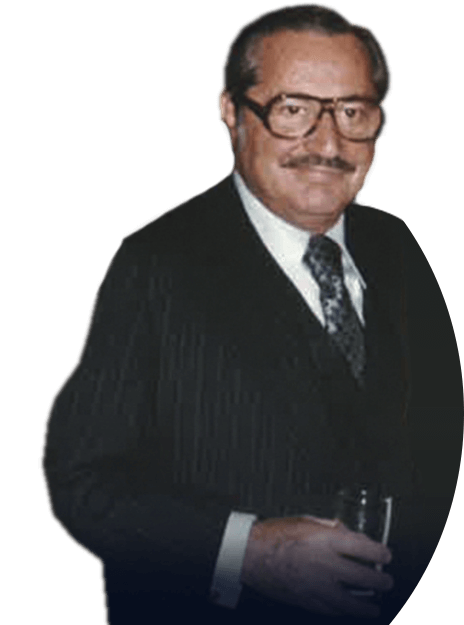 BIOGRAPHY The Taub family entered the wine and spirits industry in December 1933, immediately following the repeal of the Volstead Act which ended Prohibition in the United States. Their story began when Martin G. Taub successfully launched Lafayette, a California brandy aged in cognac barrels imported from France. In the early 1950s, Martin established Gallo Wine Distributors of New York representing the E&J Gallo Winery on an exclusive basis. A warmhearted, generous family man with a keen wit, Martin was joined in the distribution business by his son, David S. Taub, in the early 1960s. David exuded boundless energy and enthusiasm, and always embraced a challenge. Early on, he expanded Gallo Wine Distributors from a single supplier to a full range wine & spirits wholesale operation, establishing the name Premier Wine & Spirits and the company’s reputation for building brands. In 1977, prompted by David’s passion for imported wine, Martin and David incorporated Palm Bay Imports (now Palm Bay International). Shortly thereafter, the Taubs encountered a small regional cooperative in Italy’s Trentino region: Cavit. Palm Bay developed a partnership with them and set about dedicating resources to establishing multiple brands from the Cavit winery throughout the U.S. marketplace. In the process, the company became a seminal pioneer of the Pinot Grigio category. Before long Palm Bay expanded to partner with top producers from Italy’s principal wine regions and today represents products from 16 countries around the world. Martin inspired a sense of family and the importance of long-term relationships early on, and these have always remained fundamental values at Palm Bay. His legacy is carried on through the generations, first with his son David, then grandson Marc, and in the future his great-grandson Jake and great-granddaughter Chloe. 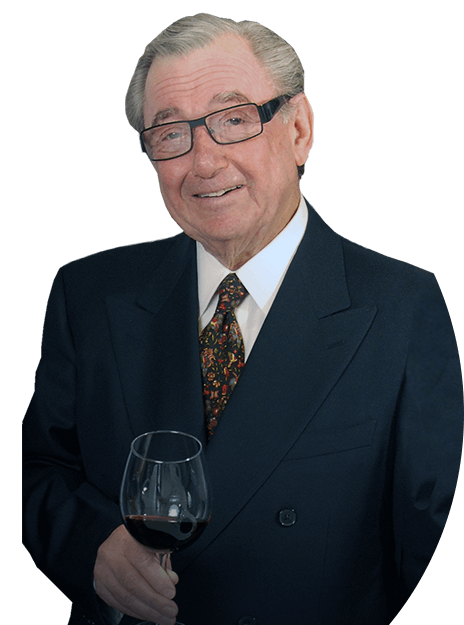 BIOGRAPHY The late David S. Taub was Chairman and CEO of Palm Bay International, the thriving import company that he founded with his father, Martin Taub, in 1977 and later went on to operate with his son, Marc D. Taub. David built a quintessential family business in Palm Bay, and was beloved industry-wide for his energy, gregarious nature and zest for embracing – and conquering – seemingly impossible challenges. From the outset his mission was clear: to invest in building authentic brands with well-defined images directly identified with their origins. Under David’s thoughtful and visionary guidance, Palm Bay’s portfolio experienced impressive, strategic expansion over the years, centered on relationships with high profile, premium quality producers from top regions around the world. A lifelong philanthropist, David was active in many charitable organizations such as the Samuel Waxman Cancer Research Foundation, the Parker Jewish Institute for Health and Rehabilitation, the American Cancer Society, and the UJA Federation. In 2011, David was awarded the Wine Enthusiast Wine Star Lifetime Achievement Award. In 2010, Wine Spectator said that “Over the past 33 years, (David) Taub has built one of the country’s most successful import operations.” 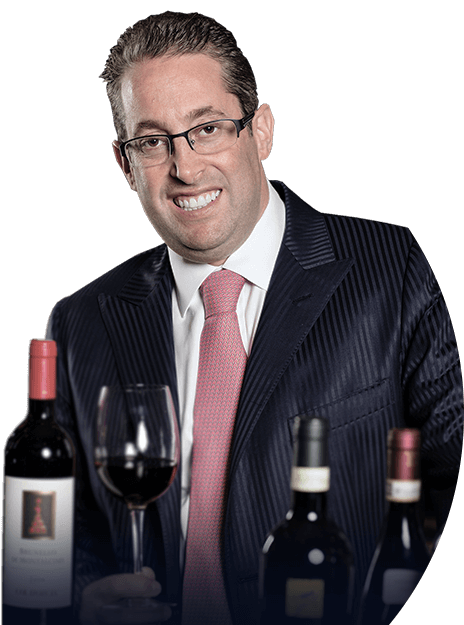 BIOGRAPHY As President & CEO of Palm Bay International, Marc D. Taub represents the third generation in a dynamic, family-owned business that is an established leader in the industry. After graduating from Arizona State University with a BA in finance and marketing in 1989, Marc spent two years with the Gallo Sales Company of San Francisco. In 1991, Marc joined his family’s distributing company, Premier Wine & Spirits of New York, where he focused on instilling the discipline he learned in both sales and marketing. In 1995, Marc expanded his focus on infrastructure when the company purchased the Star Industries complex in Syosset, NY. Two years later, he engineered the development of the Pinnacle Wine Company’s fine wine division and expanded the company state wide with the acquisition of Letchworth Wine & Spirits. In 2000 Marc ascended to the role of President. When the family exited the wholesale tier of the industry in 2005, Marc turned his full attention to Palm Bay. Marc had the opportunity to fully experience the family business environment working in concert with his grandfather, Martin and nearly a decade working side-by-side with his father, David. Today, his involvement encompasses all aspects of the business. His vision for the future of Palm Bay includes a strong commitment to further establishing the company as an industry leader in all wine & spirits categories, and a clearly defined expansion plan that involves the continued growth of a well-diversified portfolio. Marc has been involved with many charitable endeavors over the years, continuing the family’s long-term commitment to philanthropy. In 1997, he became an associate board member for the Parker Jewish Institute for Health and Rehabilitation. He has served on numerous industry committees for organizations such as the Diabetes Research Foundation, the American Cancer Society and the UJA Foundation. In 2005, he was honored by UJA as a recipient of the prestigious Samuel Bronfman award and in 2012 Marc was recognized by The 50 Club as the Man of the Year. He is a member of the Metro New York Chapter of Young Presidents Organization. 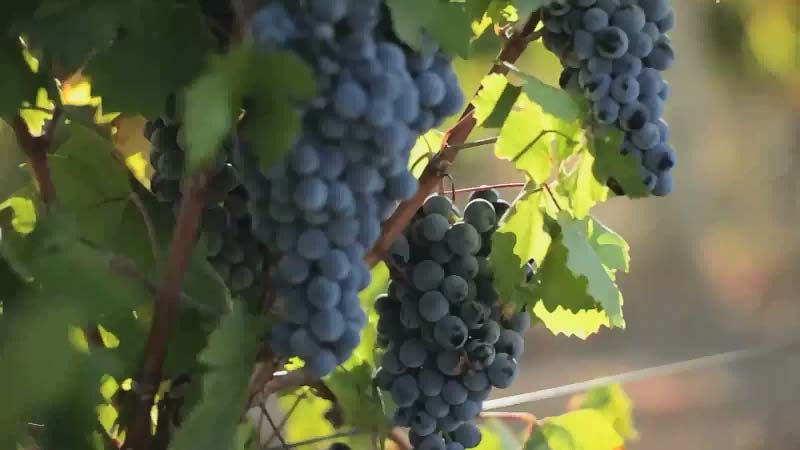 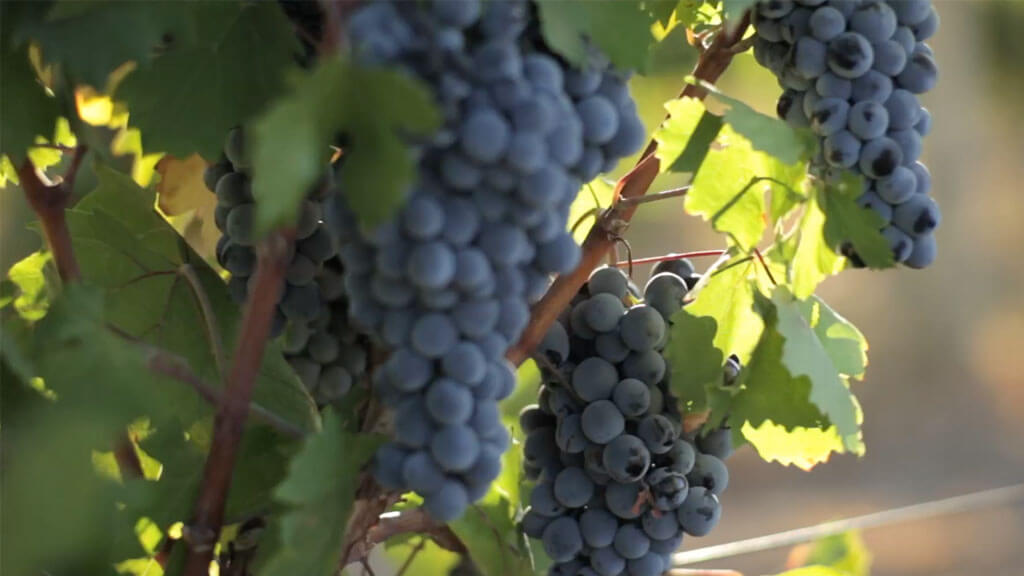 Under the visionary leadership of Marc D. Taub, Palm Bay continues a dynamic pattern of strategic growth in a quest to bring the ultimate wine & spirits experience to consumers around the U.S.